The World Economic Forum was established in 1971 by Klaus Schwab, as a not-for-profit foundation and is headquartered in Geneva, Switzerland. It is independent, impartial and not tied to any special interests. The Forum strives in all its efforts to demonstrate entrepreneurship in the global public interest while upholding the highest standards of governance.

Industry Partners are select Member companies of the World Economic Forum that are actively involved in the Forum’s mission at the industry level. With privileged access to the Forum’s multistakeholder networks and experts, the partnership brings visibility and insight to strategic decision-making on the most important industry and cross-industry related issues. This access and insight allow Industry Partners to contribute to leading positive change across these issues to engage in action to support corporate global citizenship. Current Industry Partners of the World Economic Forum covering the world's major economies and different sectors of the leading institutions, including Bank of America, JP Morgan Chase, Goldman Sachs, UBS and other global financial institutions, AT & T, Audi, Bayer, Unilever and other industrial companies; Google, Alibaba, Uber, Facebook and other technology innovators, as well as the Chinese leading industrial group, such as Wanda Group and Huawei.

AMTD Group is currently the sole Hong Kong financial institution among the World Economic Forum Industry Partners. The group has been keeping an eye on the organization and activities of the World Economic Forum from the beginning to the end, to support and promote at different levels. Through the extensive network forums, the group discusses the topics in-depth around strategic collaboration and cooperation with different countries and region as well as the business leaders from various industries. Meanwhile, as a representative of Hong Kong financial institutions, the group also shows Hong Kong's financial culture of inclusiveness and innovation to partners around the world by the WEF, as well as its practice and efforts in responding to the strategy, "One Belt and One Road" of the nation, and promoting the interconnection between the capital market of the mainland and that of Hong Kong.

2016 World Economic Forum Annual Meeting of the New Champions (Summer Davos Forum) was held in Tianjin from June 26 to 28. This year's forum carries the theme "the fourth industrial revolution and its transformational impact". Around 1,700 politicians, entrepreneurs, scholars, and media representatives from over 90 countries attended.

The World Economic Forum Annual Meeting of the New Champions, also known as the "Summer Davos". In 2007, the first Annual Meeting of the New Champions landed in Dalian by the World Economic Forum and former Premier Wen Jiabao, alternatively held in Tianjin and the northeastern port city of Dalian. The development of the forum has already become a science and technology, technology and innovation leading global event, as well as one of the important global meetings sponsored by China. This year marks the 10th "Summer Davos" under the theme “the fourth industrial revolution and its transformational impact”, which discusses "Reflection innovation, growth remodeling, reset the system" and other issues. Premier Li Keqiang published a speech on China’s economy at the opening ceremony. In addition, the World Economic Forum President Klaus Schwab, Prime Minister Sooronbai Zheenbekov of Kyrgyzstan, Prime Minister Hwang Kyo-ahn of the Republic of Korea, Deputy Prime Minister Mehmet Şimşek of Turkey, State Councilor and State Council Secretary-General of China Yang Jing, Minister of Science and Technology of China Wang Gang, China National Development and Reform Commission Xu Shaoshi, State-owned Assets Supervision and Administration Commission of the State Council Xiao Yaqing attended the annual meeting. 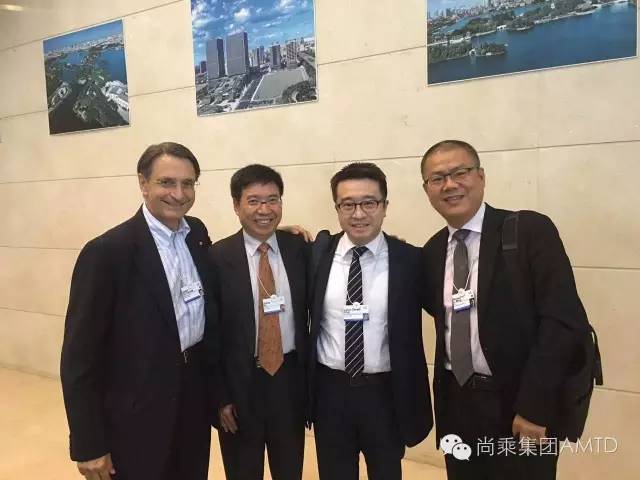 AMTD is committed to making investments on innovations and technology renovations

Davos World Economic Forum has been concentrating on the trend of how tremendous technological revolution contribute to the economic growth. The forum focuses on the economic growth with sharp eyes to the future and close attention to the innovation, and the theme of this Summer Davos Forum "fourth industrial revolution: the transformation of power" is in line with this. Participants have exchanged in-depth knowledge and spark ideas around the "fourth industrial revolution", "financial technology innovation and development", "13th Chinese five-year plan" and work together to discuss business, government and academia with aims to catch various opportunities in the changes and create economic value.

Mr. Calvin Choi said the company has made great efforts in pursuing innovation-driven development as well as focusing on innovation of scientific and technological achievements, especially in financial technology (Fintech) combined with traditional financial institutions. AMTD Group still insist on the innovation investment in the field of science and technology, and pays great attention to the cultivation of new generation of innovative talents.

Mr. Calvin Choi further disclosed that AMTD is about to join hands with LendIt, the world's largest internet Fintech summit organization, to hold the first "Global Fintech Investment Summit - Hong Kong" in Hong Kong on July 13th. This will be the first time LendIt organizes a Fintech summit in Hong Kong. AMTD and LendIt are inviting founders and senior management of 35 leading Fintech companies and over 100 institutional investors from all over the world to join this summit.

Third time in the conference -- embrace the voice from the world 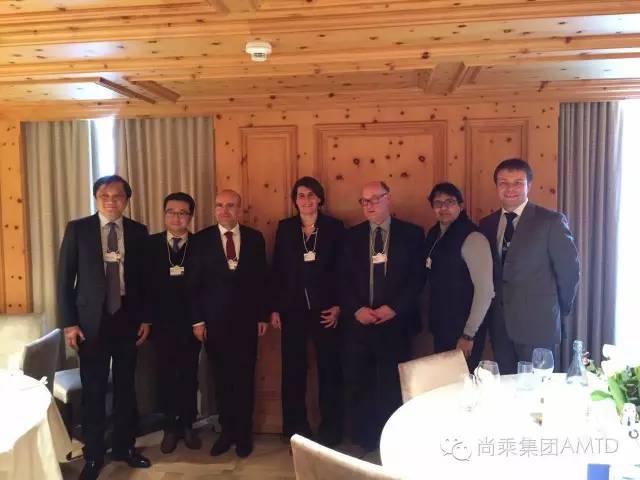 As an Industry Partner of the World Economic Forum, a representative of China and Hong Kong-owned financial institution, the group always pays close attention to and actively participates in International exchange activities.

As a representative of the World Economic Forum Industry Partners in Hong Kong financial institutions, AMTD pays close attention to global communication activities. In terms of the significant influence of forum, the group also shares the view of world economy development with industrial leading firms and discusses the problem on how to carry the society responsibility as a global citizen. 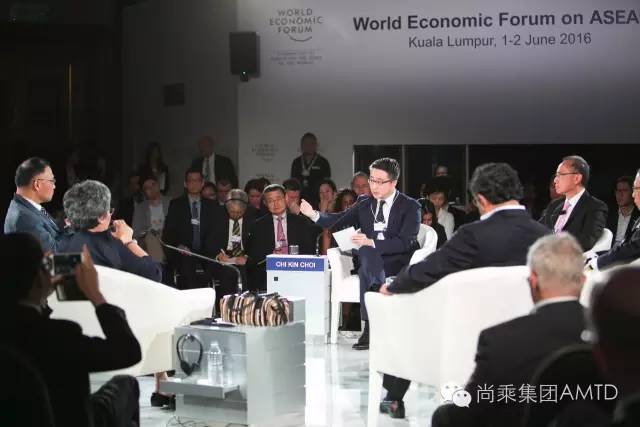 (The Chairman and CEO of AMTD, Mr. Calvin Choi made a speech at the World Economic Forum ASEAN Summit)

The World Economic Forum (WEF) is a Swiss non-profit foundation, based in Cologny, Geneva. It describes itself as an independent international organization committed to improving the state of the world by engaging business, political, academic and other leaders of society to shape global, regional and industry agendas. The Forum is best known for its annual meeting in Davos, a mountain resort in Graubünden, in the eastern Alps region of Switzerland. The meeting brings together some 2,500 top business leaders, international political leaders, selected intellectuals and journalists to discuss the most pressing issues facing the world, including health and the environment.

In 2007 the World Economic Forum, a Swiss non-profit foundation, established the Annual Meeting of the New Champions. The meeting, also called Summer Davos, is held annually in China, alternating between the city of Dalian, Northeast China and the municipality of Tianjin, North China, bringing together 1,500 participants from what the foundation calls Global Growth Companies, primarily from rapidly growing emerging countries such as China and India, Russia, Mexico, and Brazil, but also including fast movers from developed countries. The meeting also engages with the next generation of global leaders, fast-growing regions, competitive cities and technology pioneers from around the globe. Summer Davos creates a unique opportunity for exchange among leaders in governments, media, academia and civil society.